Jump To Article:
The Illusions of Inclusion
What Isn't Autism
The Sound of No Hands Clapping? Neurodiversity and Political Correctness


The Illusions of Inclusion 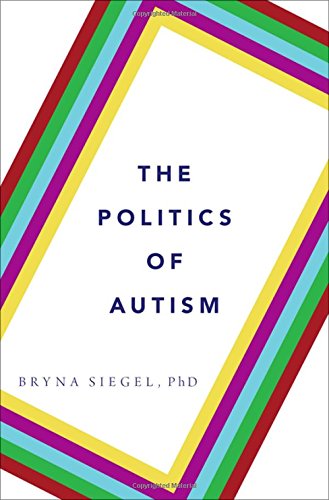 In my new book The Politics of Autism (2018), I deal with how special education is failing children with autism — not because we are not trying — we are: We are spending about 2.25 times as much per special education pupil as for each general education pupil, but with methods that are not yielding hoped for results. Some data: In the last 10 years, overall numbers in special education have increased 30%, and use of autism as a child's qualifying classification has risen 165%. Nevertheless, expenditures on autism special education result in little bang for the buck — as most with autism end up living at home and with few or no employment prospects as adults. How might we do better?

Of special concern here is the popular use of educational inclusion — placing pupils with autism in general education classes. While Americans embrace all sort of inclusion, desegregation, gender equality, and the need for public access for the physically disabled — arguably, educational inclusion of many children with autism is not cut from the same civil rights ‘cloth.’ Many children with autism have more behavior incompatible with instruction, and so may master educational content more slowly, and often only with use of special methods not included in the training of general education teachers.

Much inclusive education takes place in chronological age/grade level classrooms, but many included pupils with autism are not as close to academic grade levels as their general education peers. Simply put, a 10-year-old with autism who adds, but cannot yet follow addition ‘word problems’ will not get much from fifth grade math core curriculum which focuses on pre-algebra equations using all four basic numeric operations. That special education pupil must learn all the math ‘in between’ first — and his paraprofessional aide seldom has the expertise to teach it to him. Even if a 1:1 aide is competent at teaching subtraction, such teaching isolates the pupil with autism from classmates doing pre-algebra. If you can picture this, you can picture how inclusion in general education deprives many autistic children with IEPs of access to the special education methods that have been shown to be beneficial. At the same time, research shows that disruptive special education pupils placed inclusively have been associated with negative ‘spillover effects’ for the general education pupils — who may have higher rates of absenteeism, lower reading and math scores which accrue as their general education teachers spend more time dealing with behavior management, restarting instruction, going more slowly, and having less time for instruction overall. 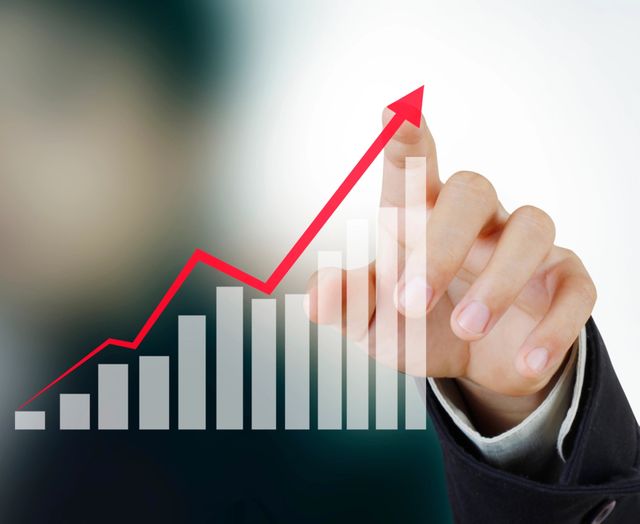 We hear a lot more about autism these days: There are data from the Centers for Disease Control (CDC), but also human interest stories, and even fictional TV characters that presume to teach us something about what autism is. The people with autism we can see on TV or the internet are often less impaired than what earlier was recognized as autism. Psychologists can now hear lay people speak confidently of identifying friends and relatives who are ‘on the spectrum’ or ‘spectrum-y’ because they seem quite like a person with autism on a TV series, or similar to a young man in a hit Broadway play about a curious incident of a dog in the night time.

How has what we call autism changed? Is what is understood to be autism by some non-professionals the same as what an autism specialist would identify as autism? Where does lay recognition of autism, and professional diagnoses of autism coincide and where does it differ? Because my work has focused on autism for more than 40 years, including my research on the DSM standards, I am often asked “Do you really think there’s more autism than there used to be?” So many are being described as ‘on the spectrum’ these days that a better question is “What isn’t autism?”

But, “What is autism?” Most psychologists are aware that autism (like lots of psychiatric conditions) has changed with each DSM (the American Psychiatric Association’s diagnostic standards manual): The rise in reported autism incidence started around 1987 when DSM-III-R was published and added the diagnosis of ‘Pervasive Developmental Disorder, Not Otherwise Specified’ (PDD,NOS) alongside criteria for ‘Autistic Disorder.’ PDD,NOS was an awkward mouthful of terms that referred to those with some, but not sufficient symptoms to meet full criteria for Autistic Disorder. Not surprisingly, incidence rose as the lower threshold for this new autism-related diagnosis, PDD,NOS, was added. Autistic Disorder plus PDD,NOS gave definitional boundaries for ‘a spectrum’ where autism traits could be present in individuals with all, or just some signs of what up until then, had been considered a invariant ‘triad’ of impairments in social skill, atypical communication, and odd activities and interests.

Then, in 1994, DSM-IV added ‘Asperger’s Disorder’ to Autistic Disorder and PDD,NOS further pushing out the boundaries of ‘the spectrum.’ Incidence rose again, as even fewer individual diagnostic criteria needed to be met to be somewhere ‘on the spectrum.’ Inclusion of Asperger’s in DSM-IV was a real case study in ‘let your fingers do the walking through DSM’ as a heterogeneous group of individuals, especially adults, with a range of other earlier DSM diagnoses became identified as actually having Asperger’s (and who often self-identified as ‘Aspies’) not infrequently escheweing similarities to those diagnosed with ‘full’ autism, instead vaunting their own ‘neurodiversity.’

Another interesting change wrought by DSM-III-R and DSM-IV was change in those reported to have both autism and intellectual disability (ID): When DSM-III-R was first published, about 70% of those with a form of autism were seen as also having some ID, 30% not. By the time DSM-IV (actually DSM-IV-TR) standards were replaced with DSM-5 in 2013, those on the autism ‘spectrum’ were now comprised of about 70% without ID, and only about 30% with. This means that the rise in incidence largely included many who back in DSM-III would not have been counted as having autism at all.

But it wasn’t just the new cases of Asperger’s who were driving the apparent increases in the autism spectrum and apparent disassociation of the autism spectrum and ID: During the years DSM-III-R and DSM-IV were standards, substantial research on early identification of autism drove down the age at first diagnosis from about 6 years of age to about 2 or 3 years of age. As younger children were diagnosed, fewer were being simultaneously assigned a diagnosis of ID along with autism. This partly was because organizations like the American Academy of Pediatrics (prudently) cautioned against using an ID label in very young and yet treated children. Fair enough, but such cases were then ‘counted’ as autism without ID (as few went back at age 6 to ask if the child had ID, too). Additionally, some children diagnosed early turn out to not have autism (but transitory delay, a language disorder, ID, or other another childhood psychiatric condition), but tended to remain ‘counted’ for reasons I’ll discuss in my next blog “Autism: Diagnosing for Dollars.”

So, bottom line, ‘What isn’t autism?’ Central to answering this question is this conundrum is ‘autism’ as a ‘spectrum’—with no firm lower limits. For me, reading patient evaluations for autism, increasingly done by non-autism specialists, there is often a failure to consider other developmental diagnoses, other psychopathy, or even conditions where the spectrum tapers into personality traits like extreme social awkwardness, shyness and/or anxiety. To the extent that autism continues to be popularized as quirky traits expressed mainly by intriguing and smart people, I’m guessing we’ll keep having more cases of autism reported.


The Sound of No Hands Clapping? Neurodiversity and Political Correctness 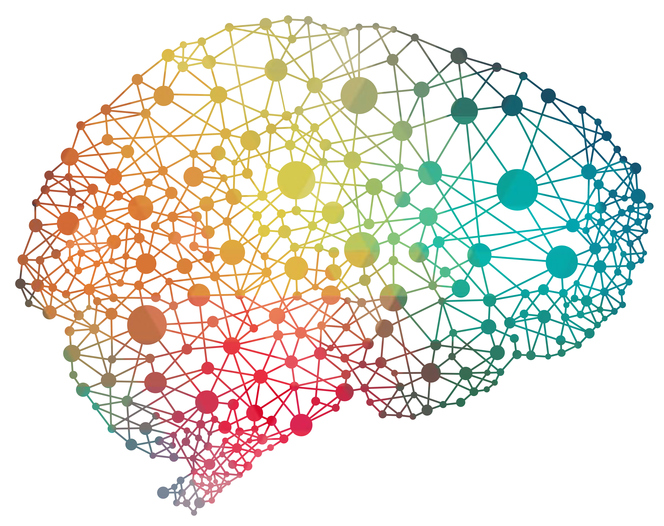 One readily noticeable pathognomonic trait of autism is hand-flapping—a stereotyped motor movement that can look a bit like an attempt to accelerating the drying of nail polish. Not all with autism do this, mostly the youngest children do this, but when you see it, it looks notably odd. Now, picture an auditorium of 500 autism scientists at the meetings of the International Society for Autism Research (INSAR) in Rotterdam, Netherlands a couple weeks ago all flapping in unison. Was it some sort of T-group exercise?

No, it was not. Representatives of the high-functioning autism spectrum disorder (HFA-ASD) community convinced the conference organizing committee to ask attendees not to clap, but flap in place of the polite applause that typically follows each oral presentation. The rationale was that some adults with HFA-ASD who might be attending might have auditory hypersensitivity, and the sound of so much clapping might be quite aversive.

What’s wrong with this picture? For starters, adults with high-enough functioning autism to attend INSAR are a tiny proportion of all INSAR attendees each year. Among them, not all would have auditory hypersensitivity, and among those who do, loud clapping might not be the kind of loud noise found to be aversive. But, among those few with HFA-ASD in attendance and with hypersensitive to clapping, most will have already adapted to their challenge by carrying ear plugs or noise-cancelling headphones, or simply covering their ears during applause. Nevertheless in session after session attended by 100, 200, or 300 people who were not autistic, and not auditorily hypersensitive, almost everyone complied with the request of the conference organizers and flapped rather than clapped. It was a sight to be seen. To be fair, conference participants were not asked to flap the way they all have undoubtedly have seen people with autism flap: Attendees were asked instead to wave their fingers and twist their wrists with hands up to each side of their faces. (Actually, I have seen some people with autism flap this way, too.)

How should we be accommodating ‘neurodiverse’ individuals like these HFA-ASD fellow conference attendees? “Neurodiversity…” as a friend, colleague, and adult with high functioning autism, John Elder Robison, has written in Psychology Today (Oct. 7, 2013)—"…is the idea that neurological differences like autism… are the result of normal, natural variation in the human genome.” He continued “Acceptance of neurodiversity certainly does not include passive acceptance…” I agree. The neurodiverse are to be respected for what they can do, and given support for what they can’t do (like providing headphones or ear plugs), but it is a bridge to far to ask members of the 99% at INSAR to flap and not clap as an accommodation to the perhaps .1% in attendance who might be adverse to the sound of clapping. We are all, to some extent, neurodiverse, and I hope can agree that individuals with extreme variants that confer maladaptation should be accommodated—but our method for accommodation is inside out when we all flap so a very few don’t have to worry about clapping. This is political correctness run aground. Ethically, it is like bankrupting small businesses by requiring long, low grade wheelchair ramps rather than just helping the one or two customers per week in a wheel chair to come through the door.